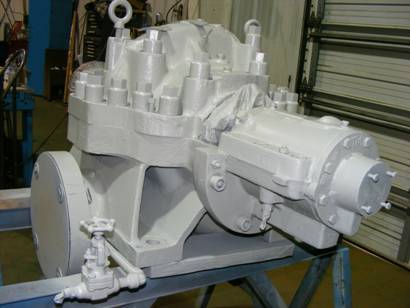 When other local repair shops could not correct the high vibration of this pump, HydroTex analyzed the root cause. A complete report was prepared and reviewed with the pipeline. HydroTex's recommendations included increasing the B-Gap to the appropriate engineering standard, redesigning the wearing diameter to compensate for the axial shuttling, re-machining the bearing housing, and balancing the rotor to 1W/N. The upgrades performed during the repair of this pump reduced vibration levels by 50% and increased the MTBR of this pump. 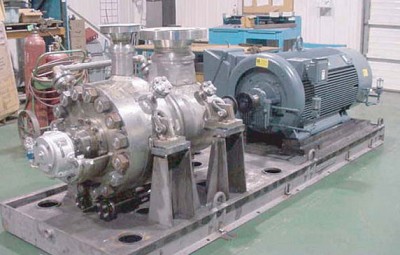 A chemical plant elected to source a surplus pump rather than purchasing a new pump so they could be on line in just 44 days. Only HydroTex offered a credible solution to what was both a challenging engineering problem and an intensely demanding production schedule. After a thorough engineering review and inspection of the pump, HydroTex shortened the barrel of the surplus pump and de-staged the pump from eight stages to five. HydroTex also offered upgrades to improve the pump's performance and reliability. 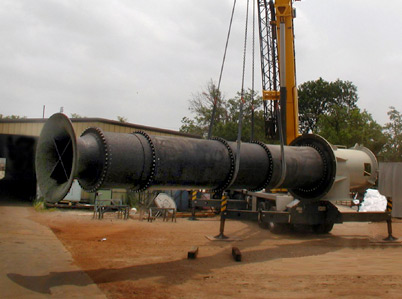 This circulating water pump was delivered to HydroTex with a badly damaged impeller. HydroTex’s hydraulic engineers produced a drawing of the impeller and converted that drawing into a pattern. The impeller was cast, then machined and balanced at our Houston service center. The pump was rebuilt and delivered to the customer on time per their requirements. 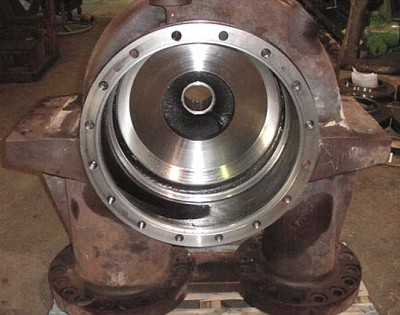 This fcc bottoms pump was pulled for low flow, and after inspection, it was determined that the old chrome case was not repairable. Because the lead-time on a new casing was 20 weeks, the refinery contacted HydroTex for an alternate solution. HydroTex reverse engineered the casing and worked with our alliance partner, Standard Alloys, to manufacture a replacement casing in only 14 weeks. HydroTex’s fast response helped the plant avoid major loss of revenue. 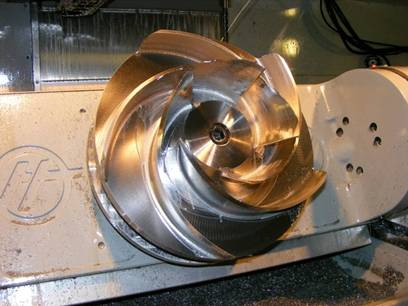 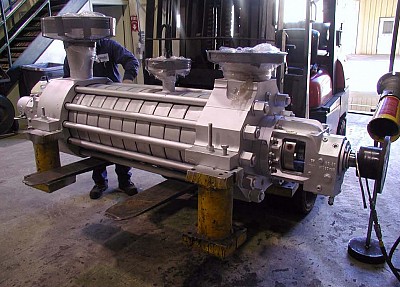 Hydro has performed numerous upgrades to the KSB Ring Section HGC series. Ring section pumps are not built to the same exacting standards as high-energy barrel pumps. As a result, their MTBR is usually much shorter than a barrel pump. Hydro's engineering team has great experience performing mechanical and metallurgical upgrades which have resulted in increased efficiency and extended MTBF for these pumps. 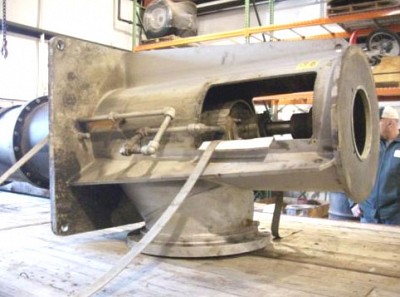 Per the end user’s request, HydroTex converted the pump to utilize a mechanical seal instead of packing. The mechanical seal can be removed without disconnecting the motor, providing easier maintenance in the future. In addition to designing a new seal chamber and coupling spacer, HydroTex upgraded the shaft which was supplied from the customer’s inventory. 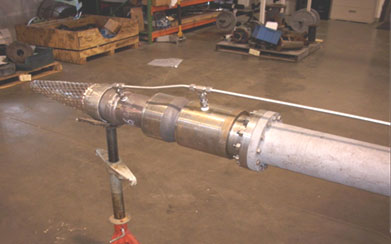 The bowl assembly of this pump, which operated in clarifier water service at a chemical plant, was damaged beyond repair. The plant faced an 8-week delivery time for a new bowl assembly, so HydroTex sourced and modified a bowl assembly in just two weeks. Once the new bowl assembly was received, Hydro created an adapter by drilling, tapping and tubing to allow for fresh water flush. The new bowl assembly was then mounted to the existing columns. The adapter piece Hydro manufactured to attach the bowl to the columns will allow the plant to retain backwards compatibility; meaning that in the future, the plant could easily return to the original Worthington model if desired. 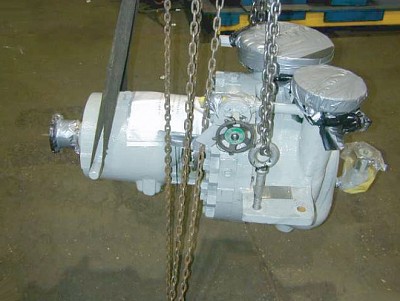 When this pump experienced a catastrophic failure as a result of galling, HydroTex determined the failure was caused by the combination of dry run events and excessive shaft deflection. HydroTex manufactured and installed non-metallic composite stationary components to reduce the running clearances by 50%, providing the refinery with an estimated energy savings of $1,200/year.